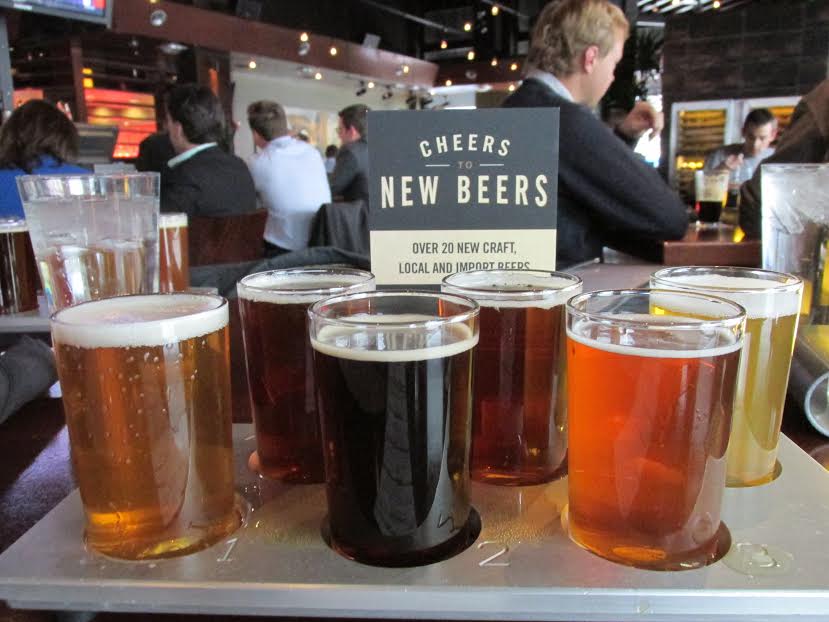 On Monday, March 28th, Yard House locations all across the country tapped approximately 1,581 new beers as a result of its Annual Beer Review. The Beer Review consists of evaluating beer sales and ultimately selecting 20 to 30 new beers to replace the lowest selling brands at each restaurant, a process that takes about 3 months to complete.

Yard House is making a great effort to focus on “hyper-local brews,” paying close attention to the preferences of each market. One trend Yard House noticed is the rise in popularity of sour beers, thereby adding both European sour offerings as well as some amazing American craft sours. In Denver the latest sour additions include Odell Cellar Sour Series, Crooked Stave Surette, Stupid Silly Sour, and Boulevard Tell Tale Tart.

I stopped in on Monday to try a flight of new beers and enjoy a snack. There were so many great ones from which to choose! I highly recommend the Rogue Cold Brew IPA, Kasteel Barista Chocolate Quad, Crooked Stave St. Bretta Series, and Stupid Silly Sour. Building a flight is an excellent way to try out several of the new beers at once. And if you drop by during Happy Hour, you can take advantage of $2 off Craft & Import Pints and Goblets (among other drink specials) and appetizers between $5-8. Check out your local Yard House ASAP to see what’s new!