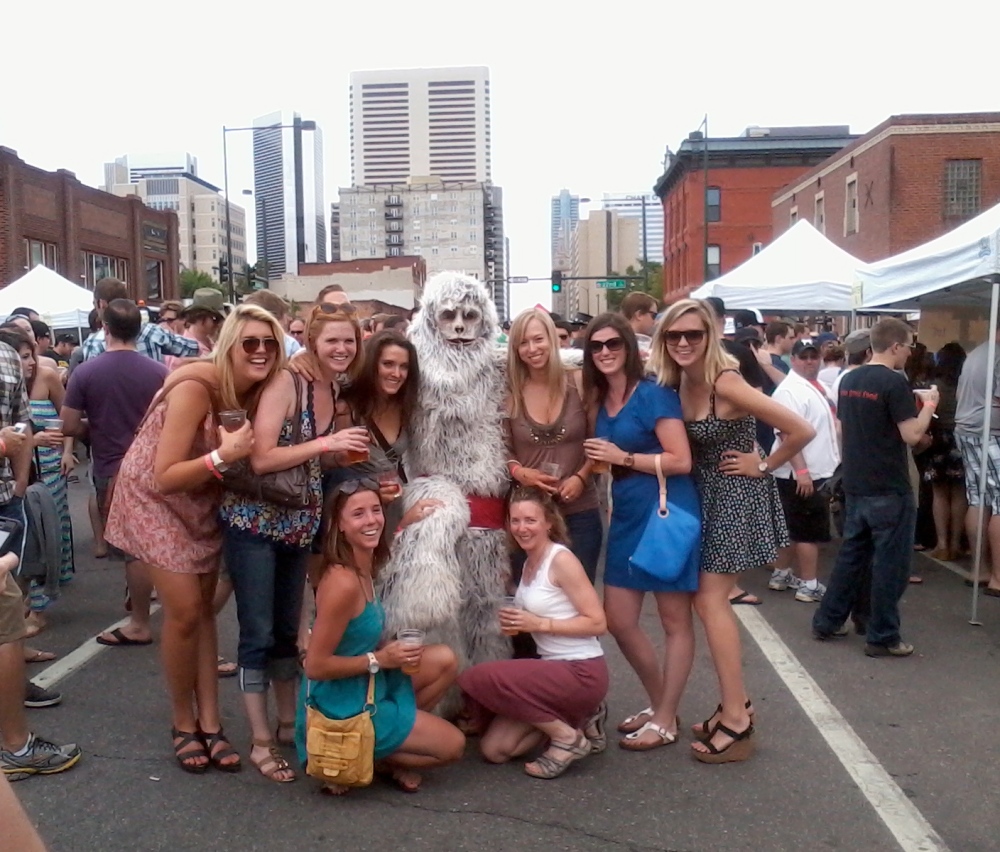 Great Divide, one of my favorite local breweries, is officially an adult.  They just turned 18, and they had a huge birthday bash to celebrate.  (If anyone saw the Westword slide show of photos, no I did not steal this picture; I was just lucky enough to be behind their photographer with my pitiful little camera phone.)

On Saturday, June 16th, approximately 1,500 of Great Divide’s closest friends (o.k., or people simply willing shell out the $27.37) gathered in the tap room and out on the street for 4 solid hours of music, food trucks, and tasty beverages. For the price of admission, each partygoer got to partake in as much Great Divide beer as they could drink, listen to four bands, and choose an entree from one of four food trucks. A pretty good deal if you ask me. They advertised that they would have “special release beers (ones you’ll never get anywhere else!)” so I knew I had to go. I was thrilled to see Espresso Yeti available, as it’s been gone from the tap room for several weeks now.  Mmmm…Espresso Yeti. Had me a few of those I did. And I was beside myself when they busted out the Marker’s Mark Yeti, which I thought was long gone as they had said (back in May when they first tapped it) that is was “one of two kegs in the world,” the other going to West End Tavern in Boulder because it was a collaboration with them. I guess they brewed a bit more, and I’m certainly not complaining–that’s one of the best beers I’ve ever had. 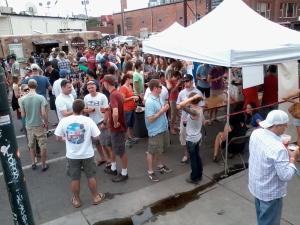 For me, the Maker’s Mark and Espresso Yeti were reason enough that the price of admission was completely worth it. But they also had many other fantastic beers available as well. They had most of their standards and several other special releases, though I can’t tell you what they all were as I spent 4 hours in the hot sun drinking beer after beer that day, and I think it fried my brain a little. But if you missed this year’s party, I give you fair warning, 362 days in advance: do NOT miss it again next year. You’ll regret it, and I’ll say I told you so.